An island about a mile in circumference at high tide, quite a bit larger at low tide. A luxury Robinson Crusoe retreat off the coast of Zanzibar. The dream of a “pazzo” italian. A semi … 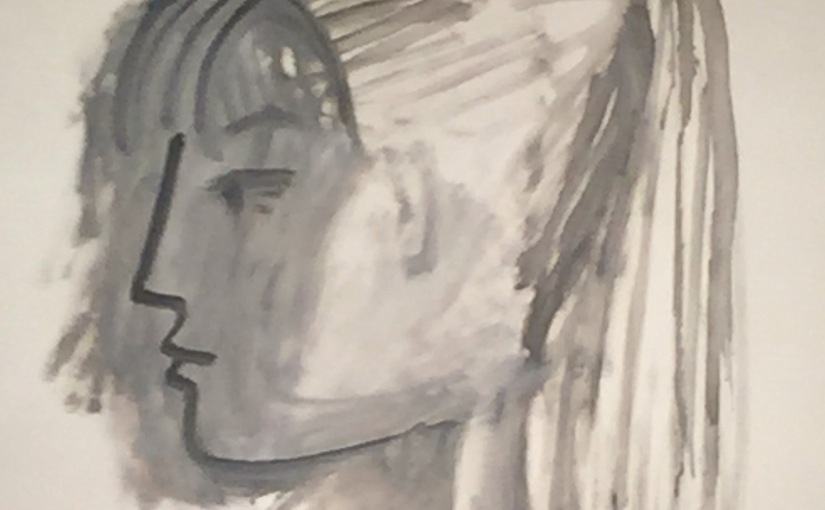 I started off the day in the Antiques section. A well represented section with 96 booths. This area was quite a treat and based on proximity to the entrance prime real estate for the fair. It also in my mind qualified for some of the more extravagant booths as palatial rooms with rotundas an columns were created to house the beautiful wares like the one by Robbig- Munchen. 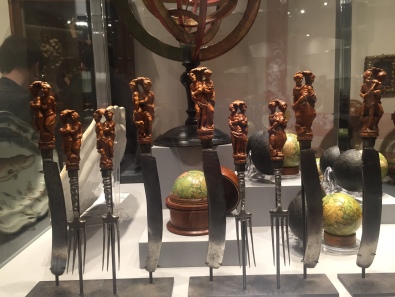 As usual Axel Vervoort curated a beautiful arrangement of old and new, including a Giacometti cat and an AnishKapoor marble. 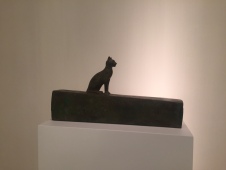 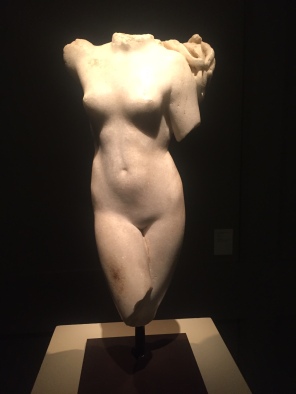 Harmakhis Archeologie has exquisite Bronze Age jewelry including a pair of Salgotarjan arm spirals from 1400–1300BC and a pair o spiral bracers.

The curated contemporary show Show Your Wound was anachronistic in the setting of the fair and in my opinion continues to seem an afterthought. I completely understand the fairs need to bring contemporary into the mis but perhaps taking a cue from the Venice Biennale and giving it a central dramatic space and emphasis would be more effective.

Then we moved into the Modern section. Quite a mixed bag of works but all of high quality were shown by the 52 exhibitors. 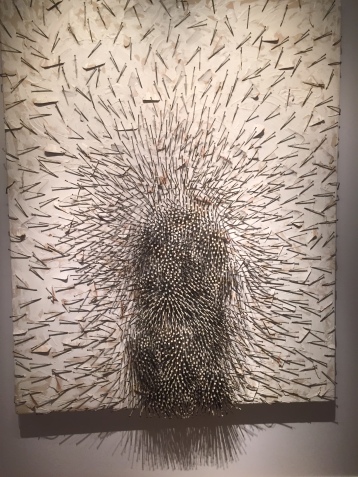 Galerie Karsten Greve was a real treat as usually the Galerie at shows in the states only comes with a tiny selection of works. Here they had wonderful Fontana’s  – including glazed ceramic pieces – I particularly liked crucifixion -as well as Louise Bourgeois, Twombly, and  Joel Shapiro works. 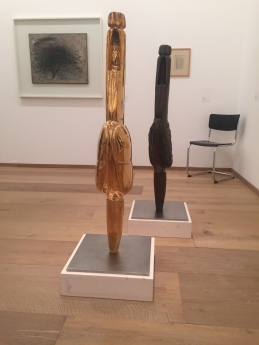 Van der Weghe Gallery had some spectacular works by Picasso, Basquiat and Wool 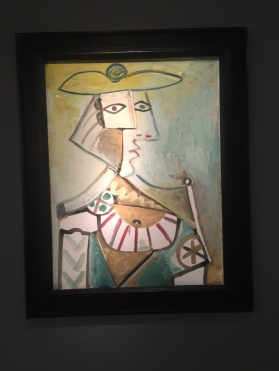 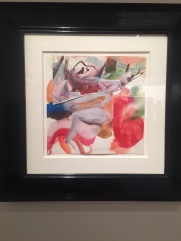 Hammer Galleries put together a beautiful show of Picasso and Matisse. Although they stressed in the presentation he influencers respect the two artists had for each other, the works did not necessarily make that point as the masterful exhibit by Moma has done.  Still the works were beautiful and the booth a pleasure. 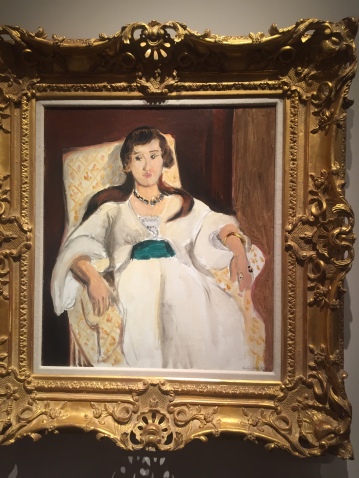 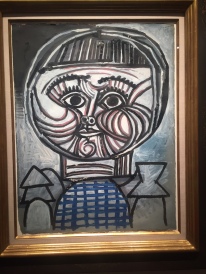 Landau- probably one of the less curated booths but a plethora of nice works by among others Moore, Arp, Miro, de Chirico, Picasso, Marini, Gris, Tanguy, Ernst, Modigliani and Leger. 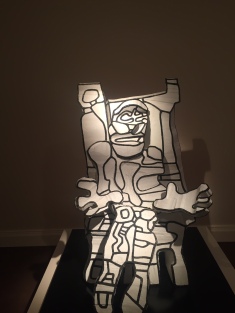 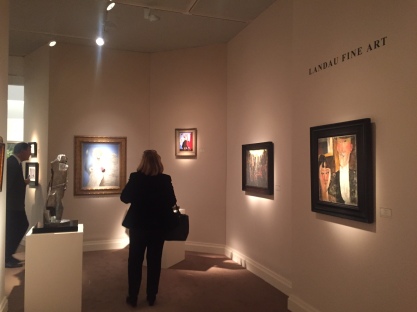 Tefaf is definitely worth a visit. It is a wonderful experience in a wonderful city…. more on Maastricht to come. I cannot recommend the experience enough. It typically runs early to mid March… See you there in 2017?

It is unclear if the expansion move to New York will change the experience. Many of the collectors were American in particular this year and many were there for the fair, to buy. Will the dealers therefore cease to bring their top works to Maastricht and instead opt to bring them to New York? Even if some of the top dealers were to do that it would change the feel of the fair and its importance. Time will tell

After years of wanting to come to Maastricht for Tefaf, I finally made it in 2016. And I was very glad to do so before its ” expansions ” to New York. What a difference feel  from the insanity that pervades other art fairs, Art Basel in Miami for example.What a focus on the artworks rather than the outfits of the viewers or the selfies with celebrities.  Perhaps the fastest way to convey the difference is that at Maastricht within the fair there are fabulous and fancy eating establishments. I counted eleven ranging from the fanciest which I believe to be the Restaurant La Concorde to a Tapas Bar. There were no celebrities on view and the fashion quota was minor. The art was spectacular. T

To my eyes,  the fair is a beautifully curated assembly of old and modern masters with an emphasis on Dutch and Italian masters to which a mix of highly curated precious objects one might find at the Armory Show in New York, FIAC, or the Paris Biennale and a walk through top end jewelry stores have been added. The various alleys even had the names of high rent streets of New York and Europe- Fifth Avenue, Bond St, Faubourg St Honore. The design section seems like an overthought as does much of the contemporary.

Although it seemed a shame to me that the fair was divided into sections, Painting, Antiques, Modern, Design,Classical  Antiquities, La Haute Joaillerie- I quite prefer the Italian esthetic of mixing styles and seeing how works hold up against each other- the display did help you figure out where you were on the map. It also enabled the collectors who seemed very focused and somewhat more one dimensional that I had expected to not have to waste there time looking at periods of work they did not care for. There is a theory that because Maastricht is difficult of access the collectors are more serious. They may be more serious but the difficulty of access is grossly overstated.  Brussels is an hour and a half away as is Düsseldorf. Amsterdam, surprisingly to me who never looks at a map rather further. Trains, cars and taxis are all viable options.

The fair draws 75,000 visitors, has 270 dealers and is massive. Perhaps the size of the various objects, including miniature netsuke and Faberge carved animals, as well as the span of history covered force one to slow down and leisurely admire the works on view.

Fortunately for those with time, the fair runs far longer than those in the USA.
Caylus Madrid has the complete set of eight paintings by Jacob de Backer made for the Marquis de Alfarras for the Palace of the Labyrinth of Horta, Barcelona Spain

Picture of grammar one of the paintings

Galerie Talabardon and Gautier Paris has the “new” find Rembrandt’s sense of smell a quite small.

G Sarti some beautiful italian religious  tempura on board icons 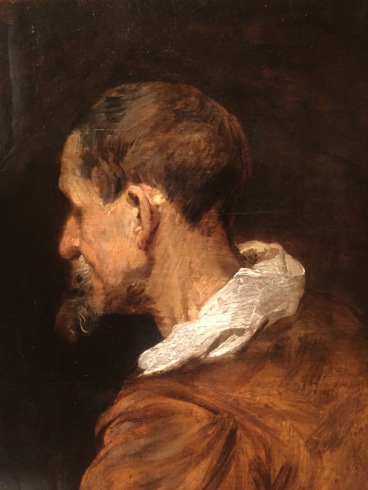 and Fergus Hall a Van Dyck and Rubens 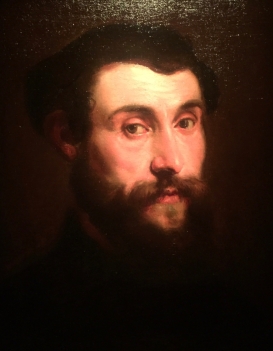 De Jonkheere- Paris and Geneva Lucas Cranach the Younger, Abel Grimmer, Peter Brueghel the Younger and of course a Bosch 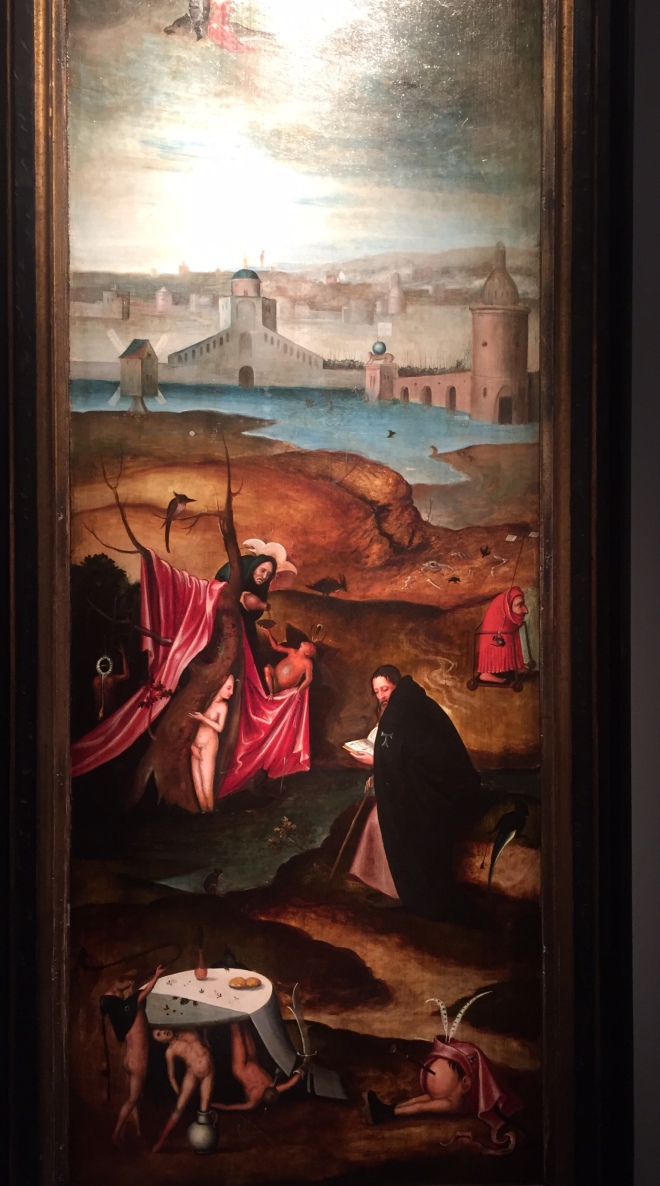 at Carlo Orsi Milan London a rather gruesome Neapolitan wax model of St John the Baptist’s head  which I did not photograph and a lovely Jan Brueghel the Elder a wooded landscape with St. John the Baptist

And an Alberto Burri at Tornabuoni Arte Florence

Fontana’ galore at Tornabuoni among others

Pearl Lam held court surrounded by a bevy of beauties. She had the best outfits…. 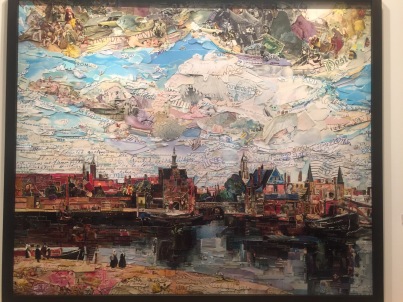 Heribert Tenschert Manuscripts Switzerland had a number of fabulous

I have been part of a book group for over 20 years, way before Oprah made it almost a household norm. Over time it has evolved quite dramatically although we still meet once a month. We were so serious at first. To propose a book, you had to have read it.  The host of book group was the emcee or chair of the meeting. The meeting started with an introduction on the author. Sounds a bit like an English lit class right. Oh and of course, you did not come if you had not read the book- the only reason I struggled through Portait of the Artist As A Young Man. Our group is and has always been small- less than 10 members-  and that membership has changed quite a bit over the years. Nowadays the best part of the book group is less the discussion of the book -since we no longer indulge in or force the more scholarly analysis- and more the choice of books. It is astonishing to me how such a small group has such a vast variety of interests. We read everything. Novels, biographies, history. Ok, not everything, no textbooks so far. And we have spirited discussions about the selections. Sometimes the voting has to be blind.

I know of book groups that always have a moderator- be it a teacher, professor or the author. More on that in a different post. I know of book groups that are much larger.  Our town has even started a town wide read together project. I know of book groups that focus on only one subject- Victorian novels, American history. I enjoy  the diversity of our readings. I have read books I had never heard of prior to the meetings on topics I would never have approached. This exposure has expanded my horizons and interests. Did I love all the selections-no way. But even when I did not, I came out of the meetings with a long list of other books to read that I did enjoy. Finally, in all fairness, book group also got me to read, finish and find pleasure if not enjoy books I would have stopped after a few chapters on my own.

This month we agreed to read Being Mortal and When Breath Becomes Air. As I was already reading My Life on the Line, I feel surrounded by illness, death and a small amount of hope as I read.  Pains, any pains cause a paranoid fear of cancer that my brain has to actively settle with yoga breathing. Stupid how suggestive the mind can be as you become engrossed in a tale.  But I also feel surrounded by the amazing strength of character, amount of energy, life, power and love of the writers. All of the books, which are beautifully written, sad and enlightening, address the importance of friends and family.  They also emphasize the importance of understanding what your values and beliefs are, what the vales and beliefs of the people you love are. They indirectly deal with the importance of good medical care, doctors and treatment since everyone in these books had access to the top practitioners in their respective fields.

Oprah started her book discussion club as part of the Oprah Winfrey show, in 1986, selecting a book, usually a novel to discuss every month. The club lasted 15 years and recommended over 70 books during 15 years. The first book recommended was The Deep End of the Ocean by Jacquelyn Mitchard.  Oprah’s Book Club 2.0 was launched in 2012. The first selection of Oprah 2.0 was Wild by Cheryl Strayed. The current book is much broader, operating more like your favorite small independent  bookstore

Bill Gates publishes his list of books on his blog Gatesnotes. He has been recommending books since 2010 with his first recommendation being Understanding Energy Use and Technology by David MacKay.

In 2015, Mark Zuckerberg from Facebook announced the creation of an online reading club that would read a book every two weeks. He said that he had decided on the titles based on their ability to ” emphasize learning about new cultures, beliefs, histories and technologies”. This reading club was only supposed to last one year. It had 140,000 members although unclear how many read all the books. As with both Oprah and Bill Gates there was a Mark Zuckerberg effect on the sale of books. Although I think the Oprah effect is/was the strongest. That may also have to do with the titles that are selected and their readability for a large and diverse audience. Mark Zuckerberg’s first suggestion was Moises Naims’ The end of Power.

Do you use social media to find books? @TelegraphBooks has 133,000 Twitter followers. #fridayreads, “amreading offer recommendations. I have mixed feelings about Goodreads now owned by Amazon, though I love the sampling option available on the Kindle so I can read more than just the jacket on a book to know what a book is about.  The most important part of being in a book group for me is the exposure to book titles and authors I have never heard of or considered. So what are you reading?